Memorandum of Understanding has been signed on March 15th 2017 in Niš between the Ministry of Environmental Protection of the Republic of Serbia and the City of Niš, which marks the beginning of preparation of technical documentation for implementation of “Niš Wastewater Collection and Treatment Project”. Preparation of technical documentation is financed by the Government of Sweden through Swedish International Development Cooperation Agency SIDA, all within the program “The Priority Environmental Infrastructure for Development Project” (PEID).

Darko Bulatović, Mayor of Niš, first addressed the audience, highlighting the importance of the Project for citizens of Niš.

“Many times, development of wastewater treatment plant was announced, but this time the implementation of the project of such a great importance for the city and citizens of Niš actually begins. When the construction of wastewater treatment plant is complete, more than 20.000 tonnes of silt will be removed from our river Nišava. I am convinced that we, as a City government, will do the job on time and that we will begin the construction of the plant in 2019, in accordance with the plans”, said Darko Bulatović, Mayor of Niš.

Stana Božović, State Secretary of the Ministry of Environmental Protection of the Republic of Serbia, highlighted that careful planning and preparation of documents is essential to the success of the project. So far, we’ve done the feasibility study, through the EISP project funded by the Swedish International Development Cooperation Agency. After that, the feasibility study was approved by the City Council of Niš, which created the conditions for the preparation and completion of the technical and tender documentation. The next step is the preparation of technical documentation through PEID program that will allow the construction of one of the largest infrastructure projects in the field of environmental protection in Serbia.

“The project in Niš consists of six significant infrastructure components, whose estimated value is above 50 million euros, equivalent of nearly 300,000 human capacity, and over 35 kilometres of the city sewerage system network, as well as the treatment of wastewater from water treatment plant”, said Stana Božovic, State secretary of the Ministry of Environmental Protection of the Republic of Serbia. 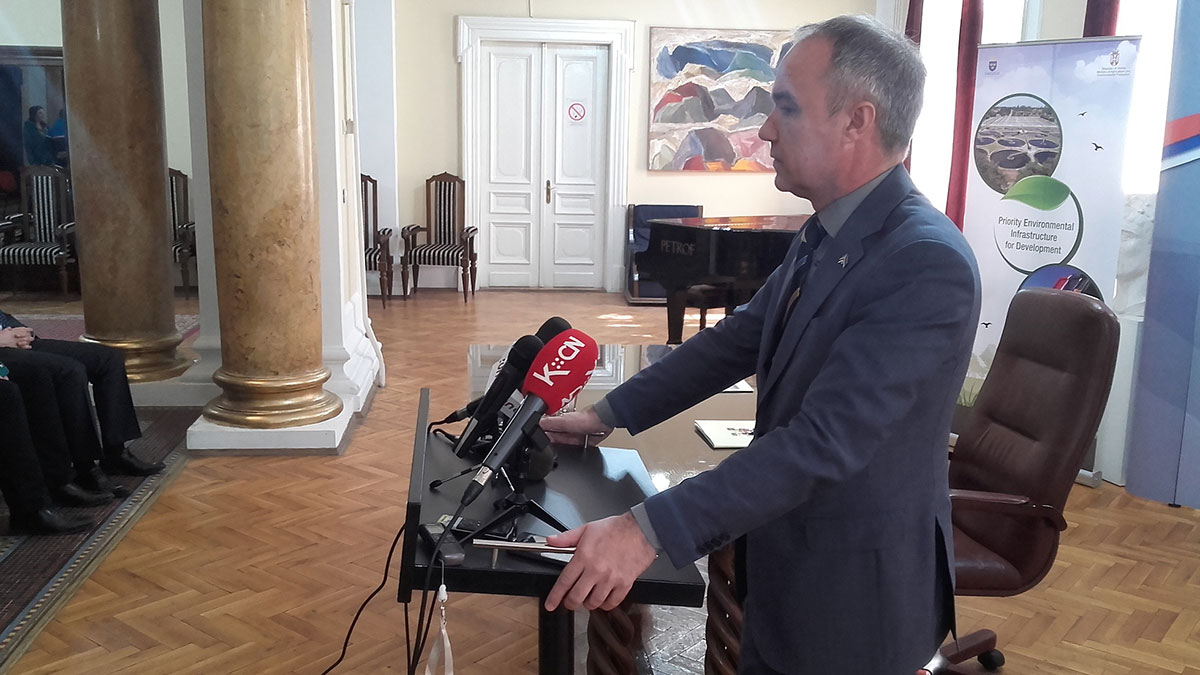 The development of the necessary infrastructure in the field of water and wastewater management in Niš has been enabled by Sweden, the largest bilateral donor in Serbia in the field of environmental protection, with a total investment of 100 million euros. H. E. Jan Lundin, the Swedish ambassador, pointed out the importance of investments in environmental protection projects, which will enable a healthy and good quality of life for all citizens.

“Serbia stands in front of the same and the continuing process through which Sweden has passed. Almost all wastewater in Sweden is treated, which has led to that today one can fish salmon and trout in the centre of Stockholm. Based on this experience, we know that it is only a matter of time and persistence before this happens in Niš”, said Jan Lundin, the Swedish ambassador.