Preparation of project documentation for the construction of a wastewater treatment plant in Nis is under way, and it should be completed by the end of 2019. The project worth more than 50 million euros will be implemented with the significant support of the Swedish PEID Program (“The Priority Environmental Infrastructure for Development Project“).

On this occasion, the Governing Board of the Swedish International Development Cooperation Agency (SIDA) and the Swedish Ambassador Jan Lundin visited the largest city in southeastern Serbia on March 20th. The Mayor Darko Bulatovic hosted them.

“Sweden and Serbia have a long history of cooperation, including development. Together with the Ministry of Environmental Protection, the city of Nis and the European Union, we have joined forces to build wastewater treatment plants. The Governing Board wants to know more about the priorities for cooperation, both today’s and tomorrow’s”, said Yvonne Gustafsson, the chairman of the Governing Board.

Gustafsson emphasised the need for sustainable urban development for the health of citizens, rivers, air and soil, but also economic growth. The Nis project, according to her opinion, will have much wider proportions than the territory of the city itself, since wastewater flows to the Black Sea due to the geographical location of Nis. 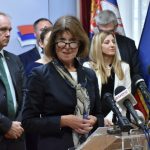 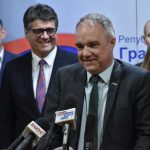 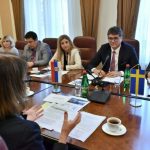 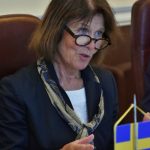 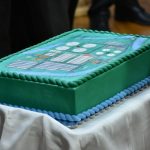 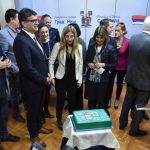 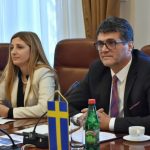 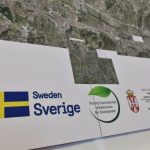 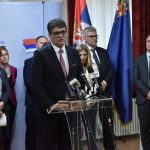 It is estimated that the future plant will ease the Nisava for about 11 thousand tons of sludge and solid waste in only one year. Purification will also have a positive reflection by improving the quality of life and health of citizens, and not just their environment.

Ambassador Lundin also emphasised the importance of “greening” of our homeland. “Each member of the European Union must reach a certain level of wastewater treatment, and one must start with that before the accession itself. Sweden supports those first steps, and later the funds of the European Union will help. It would not have happened if the Serbian Government had not expressed a desire to become a member of the EU. If your neighbours have bad conditions, in the long run, you will not be well either, and Serbia is no exception. I hope that one day they will sing Niska banja, clean water”, said Lundin.

The Serbian side is equally satisfied with this union. “I am grateful to the Swedish International Development Cooperation Agency (SIDA) for its donation and hard work on this – for Nis extremely important – project, as well as the Ambassador of Sweden for numerous meetings and talks and the desire that the project succeeds. We are now near the final stage. The city of Nis has fulfilled all the obligations, as well as the project team, and now we expect that it will continue to go as agreed by the dynamic plan to the satisfaction of all of us”, concluded Darko Bulatovic.

In the period from 2016 to 2020, Sweden allocated about 20 million euros for environmental protection reforms in Serbia. In addition to this area, the Swedish International Development Cooperation Agency program’s funds are also earmarked for the fight against climate change, strengthening of democracy, the rule of law and economic integration in the amount of 11 million annually.